A 72-year-old man presented to our clinic with claudication and resting pain in both legs and an ulcer at the dorsal surface of his right foot. The patient had a history of diabetes, heart disease, resting leg pain, and nonhealing ulcers. A previous intervention was performed on the left side, which had shown some improvement posttreatment. A similar level of relief was sought for the right side. Preprocedural ultrasound found the presence of flow-limiting stenosis and atherosclerosis on the right side.

With the patient in the supine position, the abdomen and lower extremities were prepared and draped in the sterile fashion. Under fluoroscopic guidance, percutaneous access was gained to the left common femoral artery and a 5-F sheath was placed. A 5-F Soft-Vu Omni Flush catheter (AngioDynamics) was selected to go up and over the aortic bifurcation and allowed for advancement of a 0.035-inch Amplatz Super Stiff guidewire (Boston Scientific Corporation) down into the right common femoral artery. Assessment of the right lower extremity runoff was performed through the Omni Flush catheter, which showed single-vessel runoff through the posterior tibial (PT) artery and complete occlusion proximally at the anterior tibial (AT) artery, with very low blood supply to the lateral leg and foot. A therapeutic dose of heparin was administered. 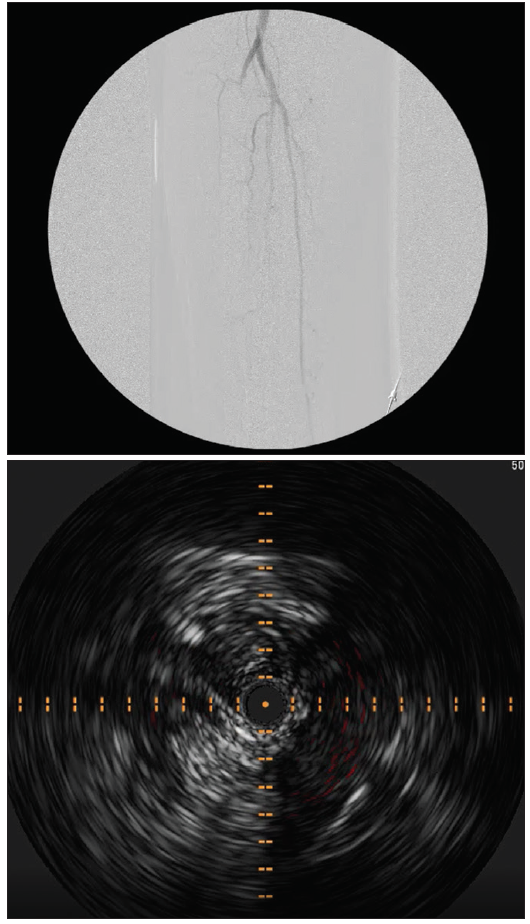 Figure 1. Preprocedure angiography and IVUS showed a > 90% stenosis with complete occlusion at the proximal AT artery and single-vessel runoff through the PT artery. 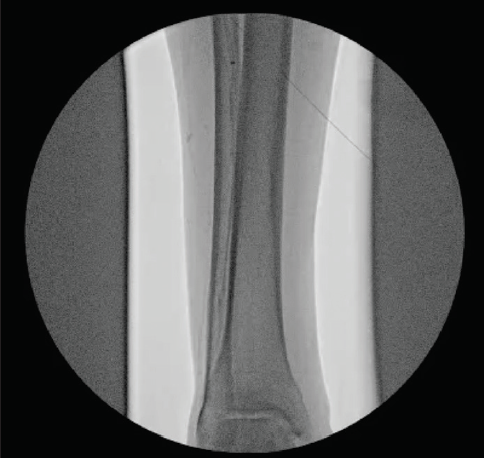 Figure 2. Treatment of the AT artery with DABRA. 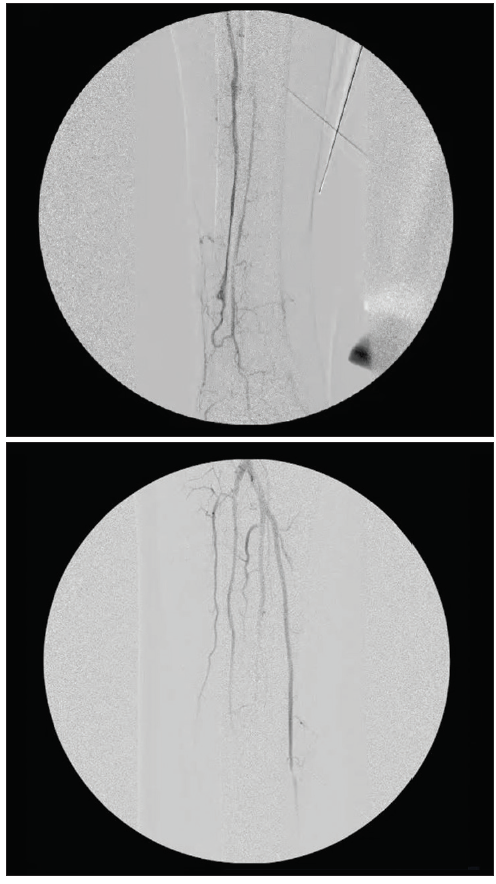 Figure 3. A final angiogram showing resumed flow in the AT artery down to the foot.

A 5-F, 110-cm sheath was placed over the Amplatz wire and inserted into the distal popliteal. An 0.014-inch Hi-Torque Spartacore guidewire (Abbott Vascular) was then introduced to select the AT artery, over which an IVUS catheter was advanced to capture intravascular images of the proximal AT artery. Fluoroscopic and IVUS images showed a > 90% stenosis with complete occlusion at the proximal AT artery (Figure 1). Both the IVUS catheter and the Hi-Torque Spartacore guidewire were then removed, and using a stiff Glidewire (Terumo Interventional Systems), the takeoff stump of the AT artery was selected. Over the wire, the 5-F sheath was advanced into the AT artery stump, the wire was removed, and the wireless DABRA Excimer Laser catheter (Ra Medical Systems, Inc.) was introduced through the sheath and advanced, successfully debulking the artery starting at its takeoff down to the tight stenotic and occluded area within the AT artery (Figure 2).

With a smooth channel created by DABRA, we were easily able to introduce a Quick-Cross support catheter (Philips) and a Hi-Torque Command guidewire (Abbott Vascular), cross the lesion in the AT artery, and perform percutaneous transluminal angioplasty using a 3- X 200-mm Armada 14 catheter (Abbott Vascular), which was inflated up to 14 atm for 1 minute.

Repeat angiography was performed, showing a good result with brisk flow. All ancillary devices were removed from the common femoral artery, and the groin site was managed with an Angio-Seal vascular closure device (Terumo Interventional Systems, Inc.) without complications.

A final angiogram demonstrated restoration of flow into the AT artery, all the way down to the ankle, with resolution of the stenosis and improved blood flow to the side of the leg (Figure 3). The patient tolerated the procedure well. He had good palpable dorsalis pedis pulses bilaterally postprocedure. The patient was taken to the recovery room in satisfactory condition and discharged later that same day.

Recanalization proved to be difficult due to long-term disease, but we were able to use DABRA to successfully ablate the calcium cap and debulk the length of the occluded vessels. This case nicely demonstrates the clinical value of the wireless DABRA platform and its ability to cross and quickly debulk tight lesions, providing a smooth channel for easy crossing of adjunctive devices.